“Behind every great man, there’s a greater woman.”  That phrase has surfaced in poetry, literature, song and cinema.  Even the semi-modern feminist movement adopted this quote as a way to reverse motivate female followers.

Is it true?  How can it be true?  More importantly, is it a statement demeaning the nature of a woman’s role in a man’s life?

I draw my inspiration on this topic from re-reading the classic, though not so politically correct, self-help bible known as Think and Grow Rich by Napoleon Hill.  Originally penned in 1937 during the height of the great depression, Hill methodically lays out his concept that the tenth step to riches is mastery over the Mystery of Sex Transmutation.

Napoleon Jr. or Napoleon the 3rd, please update your namesake’s advise for this modern era and the modern woman.

Contemplating the context of chapter eleven in Hill’s book, he makes his case for the depth to which a woman is to support her man, emotionally, sexually, mentally and inspirationally.   In fact, Hill promises…

When the emotion of romance is added to those of love and sex, the obstructions between the finite mind of man and Infinite Intelligence are removed. Then a genius has been born!

Every reasonable man wants to be considered a genius.  Here is your first update Napoleon heirs…SO DO WOMEN.  Hill continues…

It is a very old saying that “a man’s wife may either make him or break him,” but the reason is not always understood. The “making” and “breaking” is the result of the wife’s understanding, or lack of understanding of the emotions of love, sex, and romance.

Despite the fact that men are polygamous, by the very nature of their biological inheritance, it is true that no woman has as great an influence on a man as his wife, unless he is married to a woman totally unsuited to his nature. If a woman permits her husband to lose interest in her, and become more interested in other women, it is usually because of her ignorance, or indifference toward the subjects of sex, love, and romance. This statement presupposes, of course, that genuine love once existed between a man and his wife. The facts are equally applicable to a man who permits his wife’s interest in him to die.

As a Neanderthal man, I LOVE IT…you go Napo.   As a modern man, this advice lacks substance and neglects the realities of the 21st Century.  The modern woman has played an essential role in the development of all manners of advancement in my few decades on earth.

After all, women invented the circular saw and Kevlar.

The essence of love and romance are now embraced by both genders.  I would like the Napoleon re-writers to include comments, which address the pressures and strains of modern living.  Their advice might sound more like the following:

Couples, keep your life simple and manageable.  Remember why you joined each other in the first place.  You were attracted with each other’s companionship and affection.  Do not over extend yourself financially and materially.  Do not become a slave to credit or bling.  Manage your material life, so that your relationship life will not experience undo pressures.

And regarding the dynamics between men and women in a relationship, please add the following:

Your mutual and ongoing emotional attraction and stimulating sexuality with each other will provide the support you desire to achieve all manners of success.

Women, support your man’s dreams.  Make him feel smart, strong, and important.  Make him believe he is right about the leadership role built in his DNA by the universal source.  Give him good reason to be the masculine energy he has been gifted.  Tell him what pleases you and then give him complete rein to express that in his own way…and appreciate it.  Give him space to go deep into the caverns of his thoughts to work stuff out, and welcome him back with open arms when he returns.  The more you do this, the less he will go away and the quicker he will return.  Take time for yourself, to prepare yourself for your man.  Make him continually lust after you.  You set the bait.  He will chase. 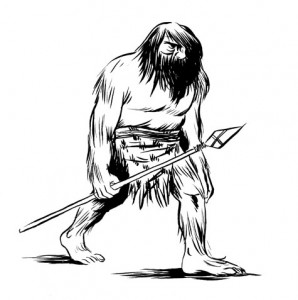 Men, listen to your woman intently, uninterrupted.  Open the door for her to express all of her thoughts to you without reservation or judgment and without the need to fix everything.  Be gentle with her at all time.  Hold her hand.  Never ever allow her to walk behind you.  Make it your craft, your art to anticipate her needs.  Make her laugh.  She needs your silliness and boyish charm. Be a provider at all levels of your existence…financially, emotionally and spiritually.  Make strong decisions based on your mutual needs and desires, not just yours.  Surprise her occasionally with gifts that say you thought about her in the middle of the day.  Take care of yourself holistically for your woman. A real man earns the respect of his woman with acts of kindness and words of love.  This is the essence of being a real man.

Modern day relationships are dicey at best.  Societal pressures to perform and advance one’s career often create a wedge between couples.  Take the basic old school advice of Napoleon Hill, add a little salsa and some modern day practicality and now you’ve got a fighting chance.

What is your greatest relationship challenge?  Post your comments below.  I’m simply curious.