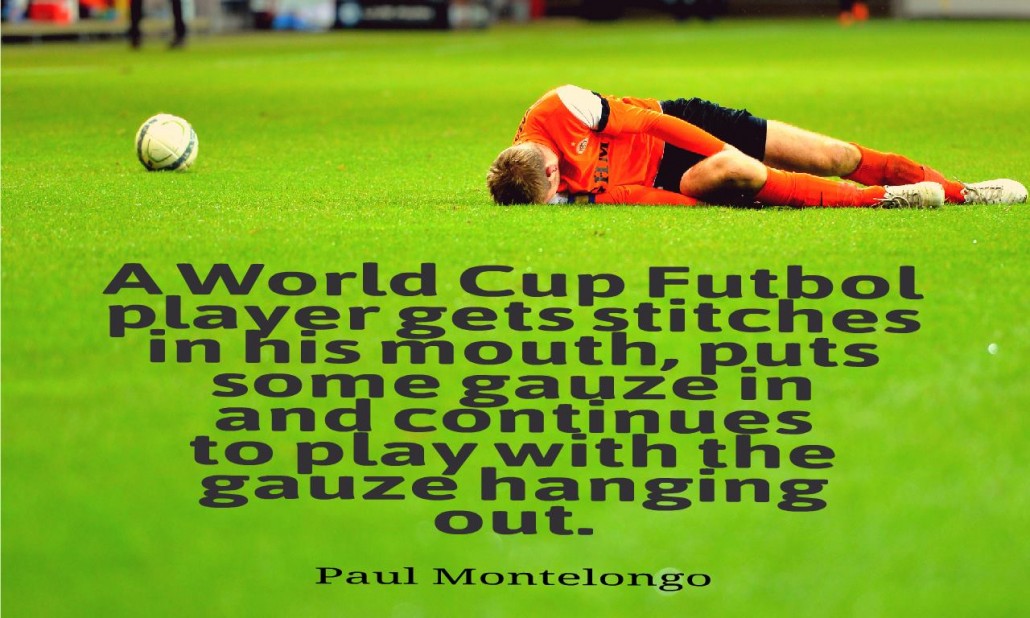 The fervor generated from the United States club making a respectable appearance in the tournament piqued my interest.  I am not a big fan of Futbol.  That is, until I started paying attention to the World Cup tournament over the last few weeks.

As usual, I see the World Cup as an event that generated so many other social, personal and professional implications, particularly for men. Therefore, I must comment with… 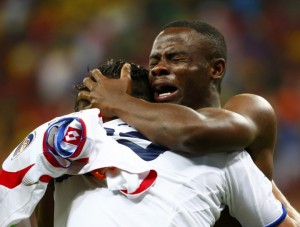 Real men play with passion and emotion.  I have never seen so much angst on the face of players in any sport.  These men wear their heart out in the open.  Players and coaches alike scripted the entire game on their face and with their body language.  The Argentina coach nearly fell over backwards on the bench in an expression of dismay over a play.  Virtually every human emotion was on display during the matches and the men that play this game are not afraid to express themselves publicly.

Futbol players are floppers.  Hand out Oscars to every player in the tournament.  I have never seen such a group of fakers, floppers, actors and sporting con artists.  With barely a brush from the opponent, a player throws himself on the ground with what appears to be life-threatening injury.   Miraculously, moments later they are running full speed with no apparent memory of their previous brush with death.  Feigning injury seems to be an integral piece of the competitive spirit driving World Cup Futbol.

Massive marketing works.  The U.S. team appearance in the tournament was pitched, sold, promoted, marketed and force-fed to us in the media for weeks.  We responded by handing some of the highest TV viewing ratings in sports history to ESPN.  Fox Network will carry the 2018 World Cup from Russia because they see the value in paying hundreds of millions of dollars to FIFA for the rights.  Why?  Because we watch, we buy and we support the marketing with our eyes and our wallets.

Seize the moment.  The U.S. team and several of its members obtained commercial endorsements that they would have never received otherwise.  These men saw a moment in time that could pay them for their temporary celebrity and they jumped on it.  Moments of opportunity come and go in our lives.  Jump when you can.  Take a chance all the other times. 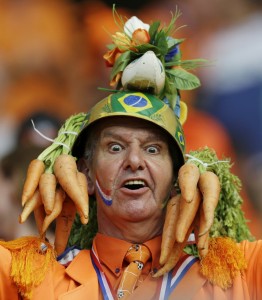 The fans rock.  Futbol fans are often perceived as just a bunch of rebel rousing hooligans looking for an excuse to rumble in a large crowd.  On the contrary, they are loyal, engaged, educated and sophisticatedly rowdy.  Can we get some enthusiasm like that in the Cowboy’s stadium this year? Can we get that kind of commitment in all areas of our life?  Men often fall short of expressing themselves completely in our society.  Imagine if each of us supported our families, our workmates, our friends, and our lover with that same intensity and energy.

Traditional American athletes are wussies compared to World Cup Futbol players.  An American NFL player gets dinged and lays on the ground for fifteen minutes, only to jump up and run off the field to a standing ovation.  A World Cup Futbol player gets stitches in his mouth, puts some gauze in and continues to play with the gauze hanging out.  About the only way you leave the game is to be carried off in one of those red plastic cots.  And don’t even ask and NBA or NFL player to play the entire game.  These guys are running full speed for ninety minutes more than seven or eight miles each game.  The players have tremendous passion and charisma without all the arrogance.  Respect.

Since men play the World Cup, I see the lessons as manly lessons of passion, competitive play, strength and determination.  Looking beyond the theatrics of the sport are excellent lessons to be woven into the fabric or all of our lives.

One thought on “Manly Lessons From The World Cup”